We would like to share the “Why, How and What” of our BYOD (Bring Your Own Device) programme for students from Year 5 – 8. Ours is an opt-in model. Students in these classes will bring their devices to school with them each day and will use them primarily in core subjects – English, Maths and Inquiry.

Ours is a blended e-learning approach. We will use a blend of traditional approaches to teaching and learning, as well as using ICT to support or facilitate learning. Pen and paper will still be used part of the time in classes.

Parents and students may have many questions about the BYOD programme and how it will be implemented at Ohaupo School. The following questions and answers might be helpful in clearing up some of your queries:

Why introduce a BYOD programme?

BYOD, where the device is owned by the student and goes home with them every day, allows for anywhere, anytime learning. We are using Ultranet which allows students to save their work to the Cloud so it cannot be lost, and can be accessed from home or any other computer with Internet access. There is the potential for collaboration between students, and further opportunities and new methods for teachers to provide feedback to students. It also provides opportunities to communicate and share their learning in a way that will prepare them for the future.
Many of our students are already using digital devices outside of school to communicate and learn. We would like to integrate these with our school resources so that the potential of these devices can be used to enhance learning further and become an important part of their learning toolkit.
Your child will not be disadvantaged if you choose to not send a device to school.  We have other technology that your child can access at times.

What does the research say about the impact of e-learning on learning?

What does the New Zealand Curriculum Document say about ICT?

Information and communication technology (ICT) has a major impact on the world in which young people live. Similarly, e-learning (that is, learning supported by or facilitated by ICT) has considerable potential to: Schools should explore not only how ICT can supplement traditional ways of teaching but also how it can open up new and different ways of learning. (NZC, 2007)

We have N4L (Network for Learning – Ministry of Education Service) in place at Ohaupo School. This is a high-performance unified threat management solution that provides the visibility needed to detect hidden threats within legitimate content, even from trusted sources and authorized applications. This protection means we can allow new applications into our network, but automatically block any malicious content or behaviour. We also have the capability to generate reports on student use and access of the internet.
Students are not allowed on Social Media sites like Facebook as we feel they can be easily misused and detract from the educational purpose set for our use of ICT at school. Sites for student collaboration at school will be facilitated through the school’s Website – Ultranet. Other sites that fall under the category of ‘mature and explicit content’ are also blocked. We are able to extract reports to check what our students and staff are accessing.

What is my son/daughter responsible for at school?

How will misuse be handled?

Categories of misuse are based on levels of seriousness, and misuse will be dealt with by the classroom teacher, unless it is serious enough to be referred to the Deputy Principal or Principal. Classroom management involving devices will not be very different from more traditional approaches – just as a teacher might require students to put down their pens and listen fully to instructions, the instruction might be “Lids down, and listen to instructions.”
Ongoing misuse of a device will fall into the category of “continual deliberate disobedience” and would result in the same consequences as other examples of disobedience. Instances of serious misuse of devices, such as accessing inappropriate websites or cyberbullying will be taken very seriously and dealt with accordingly. This may involve loss of internet access, stand down or suspension or referral onto police. Students using their devices to access the internet through the school wi-fi will be tracked and monitored and inappropriate websites including those identified as being associated with cyberbullying are blocked.
While the majority of cyberbullying occurs out of school time, it should still be brought to our attention at any time as we will certainly do whatever we can to support the victim. It must be noted however that students who use their own data on devices such as smart phones still have full access to the internet.

Responsible Use GuidelinesPurpose:
Ohaupo School uses instructional technology as one way of enhancing our mission to teach the skills, knowledge and behaviours students will need as responsible citizens in the global community.  Students learn collaboration, communication, creativity and critical thinking in a variety of ways throughout the school day. In an effort to increase access to those 21stCentury skills, Ohaupo School will allow personal devices on our network and school grounds for students who follow the responsibilities stated in the Acceptable Use Policy and the attached guidelines regarding B.Y.O.DOhaupo School strives to provide appropriate and adequate technology to support instructional purposes.  The use of personal devices by students is optional, and students who do not participate in B.Y.O.D will not be penalized and alternate modes of participation will be available.An important component of B.Y.O.D will be education about appropriate online behaviours.  We will review cyber-safety rules with students frequently throughout the course of the school year and will offer reminders and reinforcement about safe online behaviours.  In addition to the rules outlined in these guidelines, students will be expected to comply with all class and school rules while using personal devices.  The use of technology is not a necessity but a privilege.  When abused, privileges will be taken away.
Device Types:
For the purpose of this programme, the word “devices” will include: laptops, netbooks, IPads, tablets, and eReaders.  Please note that Nintendo DS (and/or other gaming devices with internet access) and Smart Phones are not permissible.
Guidelines:Students and Parents/Guardians acknowledge that:
Lost, Stolen, or Damaged Devices:
Each user is responsible for his/her own device and should use it responsibly and appropriately. Ohaupo School takes no responsibility for stolen, lost, or damaged devices, including lost or corrupted data on those devices.  While school employees will help students identify how to keep personal devices secure, students will have the final responsibility for securing their personal devices.  Please check with your homeowner’s policy regarding coverage of personal electronic devices, as many insurance policies can cover loss or damage.
Usage Charges:
Ohaupo School is not responsible for any possible device charges to your account that might be incurred during approved school-related use.
Network Considerations:
Users should strive to maintain appropriate bandwidth for school-related work and communications.  All users will use the Ohaupo School wireless network to access the internet.  Ohaupo School does not guarantee connectivity or the quality of the connection with personal devices. Ohaupo School is not responsible for maintaining or troubleshooting student tech devices.I understand and will abide by the above policy and guidelines.  I further understand that any violation is unethical and may result in the loss of my network and/or device privileges as well as other disciplinary action.  During the course of the school year, additional rules regarding the use of personal devices may be added.

Our preferred device for our BYOD programme

HP Stream 11 or similar laptop.
Available at most retailers: Priceme 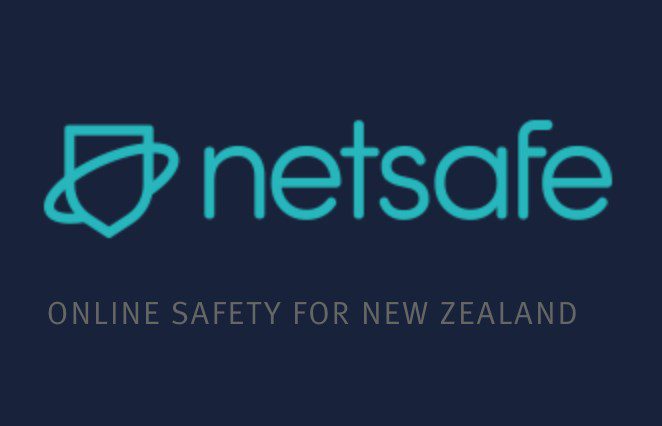